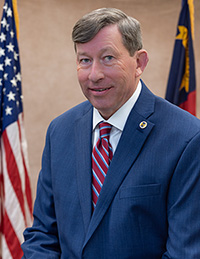 Like many of you, I have started to see the barrage of advertisements from Chemours, the company responsible—along with DuPont—for putting unknown amounts of per- and poly-fluoroalkyl substances (PFAS) into our drinking water for decades.

Their newest public relations campaign touts Chemours’ efforts to protect quality of life and the environment by reducing their pollutants—all because they are “good neighbors” and “North Carolina is their home.”

Did Chemours invest in new technologies to reduce the amount of PFAS contaminants they are putting into the Cape Fear River and the environment? Yes, but only after the North Carolina Department of Environmental Quality forced them to do so almost three years ago.

Publicly patting yourself on the back for doing something only because you’re in trouble with the State would be comical if it wasn’t so serious for those of us who live downstream from them. That’s because the new technologies Chemours had to install only prevent more PFAS from escaping their Fayetteville Works Plant. They do nothing to remediate the decades-worth of contaminants that remain in the Cape Fear River—our County’s main source of water.

PFAS compounds like GenX are called “forever chemicals” for a reason. Once put into the environment, they are extremely costly and near impossible to remove. Brunswick County is currently financing and constructing an advanced treatment system to remove them from our drinking water to the tune of more than $160 million.

Chemours is providing no compensation or support for this necessary project, which is why the County filed a lawsuit against them in 2017 to hold them responsible for the millions of dollars we are spending to install this new treatment system. This lawsuit remains active and ongoing.

If Chemours cared so much about being a good neighbor to North Carolinians, they would not have spent decades knowingly putting contaminants into our environment that next to no one knew existed nor how to test for.

If Chemours cared, they would have put safeguards in place decades ago to protect people and the environment from their plant’s contaminants before they came under scrutiny through media-driven exposés and state-mandated consent orders.

And if Chemours really cared, they would voluntarily pay for the expensive water treatment upgrades that utilities like Brunswick County need to remove their contaminants from our drinking water. That is what a good neighbor would do.

Chemours might be located in North Carolina, but they are not treating her like a home. And they certainly are not the good neighbors they claim to be.

For media inquiries, contact the Communications Director at 910.253.2995 or email meagan.kascsak@brunswickcountync.gov