Find the latest weather briefing information from the National Weather Service-Wilmington at weather.gov/ilm

The Father of Soil Conservation 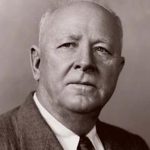 Born near Wadesboro, North Carolina, Bennett graduated from the University of North Carolina. He began his career as a soil surveyor for USDA. As he conducted soil surveys and investigated declining crop yields, he became convinced that soil erosion was a problem not just for farmers but also for rural economies.

The Brunswick Soil & Water Conservation District was organized April 13, 1944 as part of the “Lower Cape Fear Soil Conservation District” which also included Bladen, Columbus, New Hanover and Pender Counties.  Brunswick became a single county district on January 6, 1964.  In the past years we have experienced a dramatic increase in urban growth due to development.   Primary agricultural crops are tobacco, corn, soybeans, wheat and produce.  Animal operations include swine, beef cattle, poultry and goats.  Many farmers have turned to alternative crops such as fruits and vegetables for income to meet supply and demand of our county.

***Learn how Soil & Water Conservation came about due to a